In 1988 Ronald Reagan was President of the United States and perestroika (a program of economic restructuring) was initiated by Premier Mikhail Gorbachev in the Soviet Union. The Olympics were held in Seoul and the world-wide-web, an idea of Tim Berners-Lee while working at CERN, was still three years away from reality. Twenty-five years ago Evgeny Yunosov and our friends from Russia came up with an incredible idea, the first International Young Physicists’ Tournament, a competition to foster scientific research and improved international communication in Physics, a development from their internal Young Physicists’ Tournament. It is an idea that required students to talk physics in “physics fights”.

When Germany first hosted IYPT in 1998, with the participation of the teams from Australia and Mexico, it was the first time nations outside Europe were represented. That was my first experience of IYPT and the start of an obsession that has created a revolution in my approach to physics teaching. Inquiry based learning had often been promoted as the approach to engage students with science but many studies had also shown that its introduction to the classroom had been far from effective. Discovering IYPT led to the realisation that the competition provides a physics teacher with a perfect vehicle to introduce more inquiry based learning into the classroom.

The seventeen problems that form the basis of each tournament have been carefully selected to provide open-ended tasks. A competition where students need to present research and defend their findings against the opposition of their peers cannot have simple well-defined answers or discussion becomes meaningless. The tasks encourage the students to interpret the problem and investigate the elements they consider important. The student takes ownership of the task and will spend many weeks or months trying to produce a solution. The students research to find new knowledge in the knowledge that they will need to discuss their findings in physics fights at the competition means they must work in a disciplined way.

The incredible idea of the physics fight is the key to the success of IYPT as a competition and as an educational experience. I love working with my students while they try to find solutions to these complex problems but I also know that I speak for all the jurors when I say we return year after year to see students talking physics. And enjoying it!

International friendships that span the globe are forged in the middle of these fights and we see former competitors regularly returning as everything from helper to Executive Committee Member. They know the value of this experience!

The 25th IYPT is an important milestone for the competition and gives us opportunity to reflect on how far this idea has spread. In 2012, this beautiful host town of Bad Saulgau and the welcome of the Local Organising Committee and the local people promise a wonderful opportunity to celebrate a quarter century of talking physics at IYPT. We return to Germany and we see a tournament with nearly double the countries that were present in Donaueschingen in 1998 and many others here as observers with plans to join the IYPT family in the coming years.

I hope that you thoroughly enjoy your week in Bad Saulgau. Embrace the atmosphere, talk some physics and watch others do so in competition. Celebrate the 25th International Young Physicists’ Tournament with us! 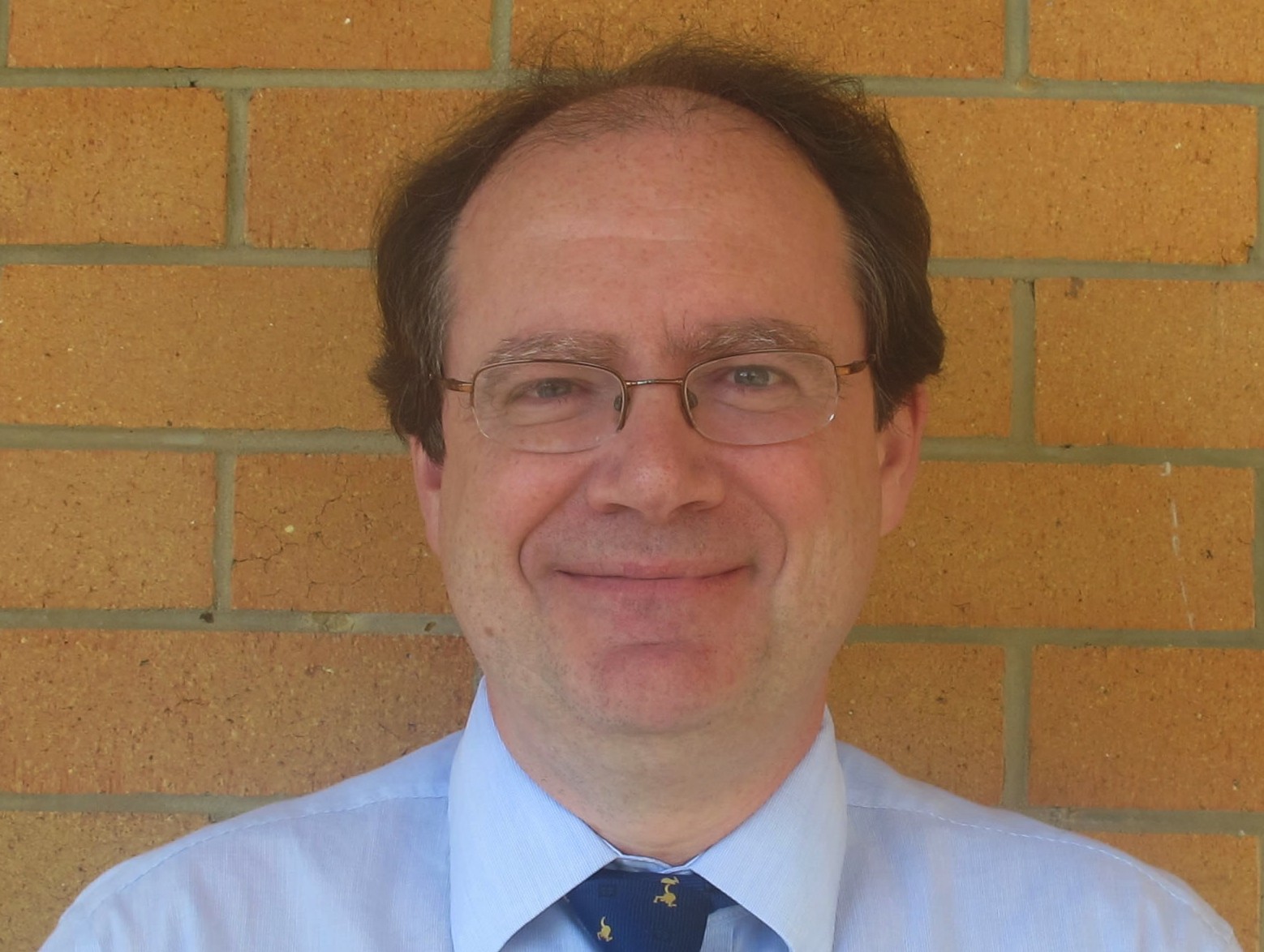 “The important thing is not to stop questioning.” This quote by Albert Einstein is ideally suited to the IYPT, because only those who do not stop questioning will be successful in this competition.

I first became acquainted with the IYPT in Spala, Poland 17 years ago and caught the bugimmediately. A small, closely knit group of student teams had come to present and discuss the results of their research in so-called physics fights. It very quickly became clear to me that the IYPT is an extraordinarily valuable platform for problem solvers. And they are exactly the ones our technology oriented enterprises are looking for. A good education consists not only of technical knowledge, but also creativity. At the IYPT the young people experience all the phases of research: intensive literature search, conversations with experts from research institutes and industry, development of theoretical models, computer simulations and testing by means of experiments.

In the meantime the small IYPT family has turned into a physics competition for young people which has become respected the world over. I am very proud and happy that towards the end of my active teaching career I have the privilege of seeing the IYPT as a guest in Germany. I am convinced that the IYPT fever will also spread here and that soon there will be a round of German Young Physicists’ Tournaments (GYPT). For one thing, more young people will gain the opportunity to apply for the IYPT team, and secondly, they will be able to discover how exciting physics can be once they get involved in it.

The Schlerforschungszentrum Sdwrttemberg (The Student Research Center South Wurttemberg) is essentially based on physics in the IYPT tradition, and as such the predestined local organizer for this year’s tournament in Germany. The SFZ would never be able to organize this international competition alone. Many helping hands are giving their support to carry out the IYPT here in Bad Saulgau, whether financially, with ideas or with practical help. Dr. Meuther, Chairman of the SFZ Board of Trustees and his team have been tirelessly planning and preparing the event for months in order to offer all of the IYPT teams and guests from around the world an appealing and exciting tournament. In addition to the physics fights the young physicists and those accompanying them will have the opportunity to get to know the people and the country as well as to have a look at world renowned companies in the region.

But the IYPT 2012 is also a place for friendship between the young people of the many participating countries.

I would like to wish all the visitors to the IYPT 2012 an exciting and memorable stay in Bad Saulgau and the other regions in Baden-Wurttemberg.

Chair of the LOC 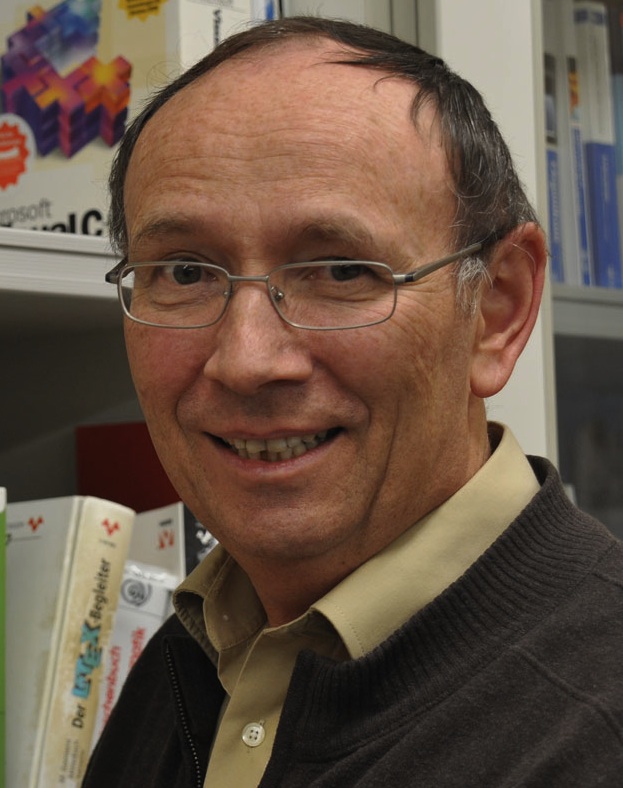 Investments in science, education and research are the key to progress and innovation. They provide prosperity and a future for countries with few natural resources. The region surrounding Bad Saulgau in Baden-Württemberg, where this year’s International Young Physicists’ Tournament (IYPT) is taking place, recognized this fact early on. Today, it is one of Germany’s centres of science and industry.

Teams of young physicists from nearly 30 nations will be working and conducting research during IYPT 2012 to tackle challenges in the field of physics. To all participants: Welcome to Germany! May you enjoy an exciting competition and taking on the tasks that lie ahead in the upcoming days.

I am glad about your passion for physics and your desire to cooperate on research with other young people. I hope that IYPT provides you the opportunity to build international friendships that will last a lifetime.

Federal Minister of Education and Research 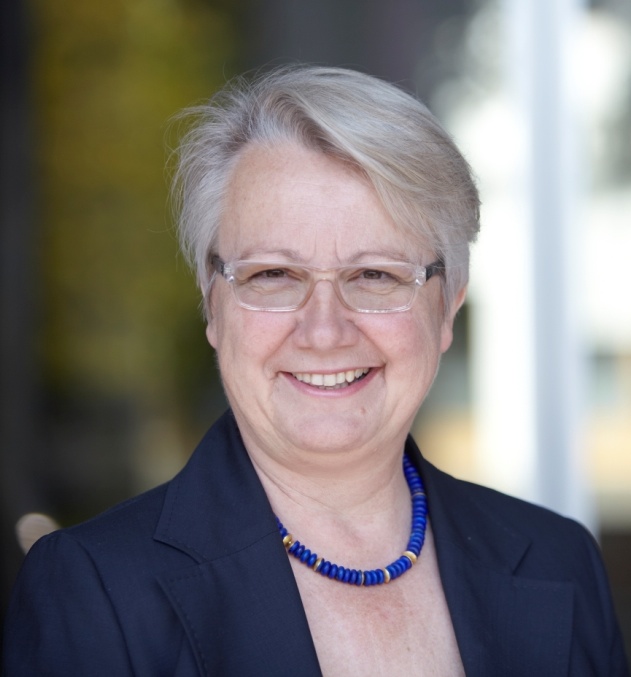 We owe this to the Schülerforschungszentrum Südwürttemberg (SFZ) whose center is here in Bad Saulgau. Their outstanding work and excellent success have brought the IYPT 2012 here to the heart of Upper Swabia.

I hope the IYPT 2012 will be a fantastic event not only for the participants, but for those accompanying the teams and guests as well. I would like to take this opportunity to express my thanks to the SFZ organizational team for planning and preparing this competition.

I would like to welcome all of you to Bad Saulgau and wish you an unforgettable stay, and the participants the best of luck for the competition. I am certain that you, the participants, in spite of, or perhaps because of the enormously challenging problems set to you will be able to prove untrue a statement made by the German mathematician and theoretical physicist, David Hilbert, that “Modern physics is much too difficult for physicists.” 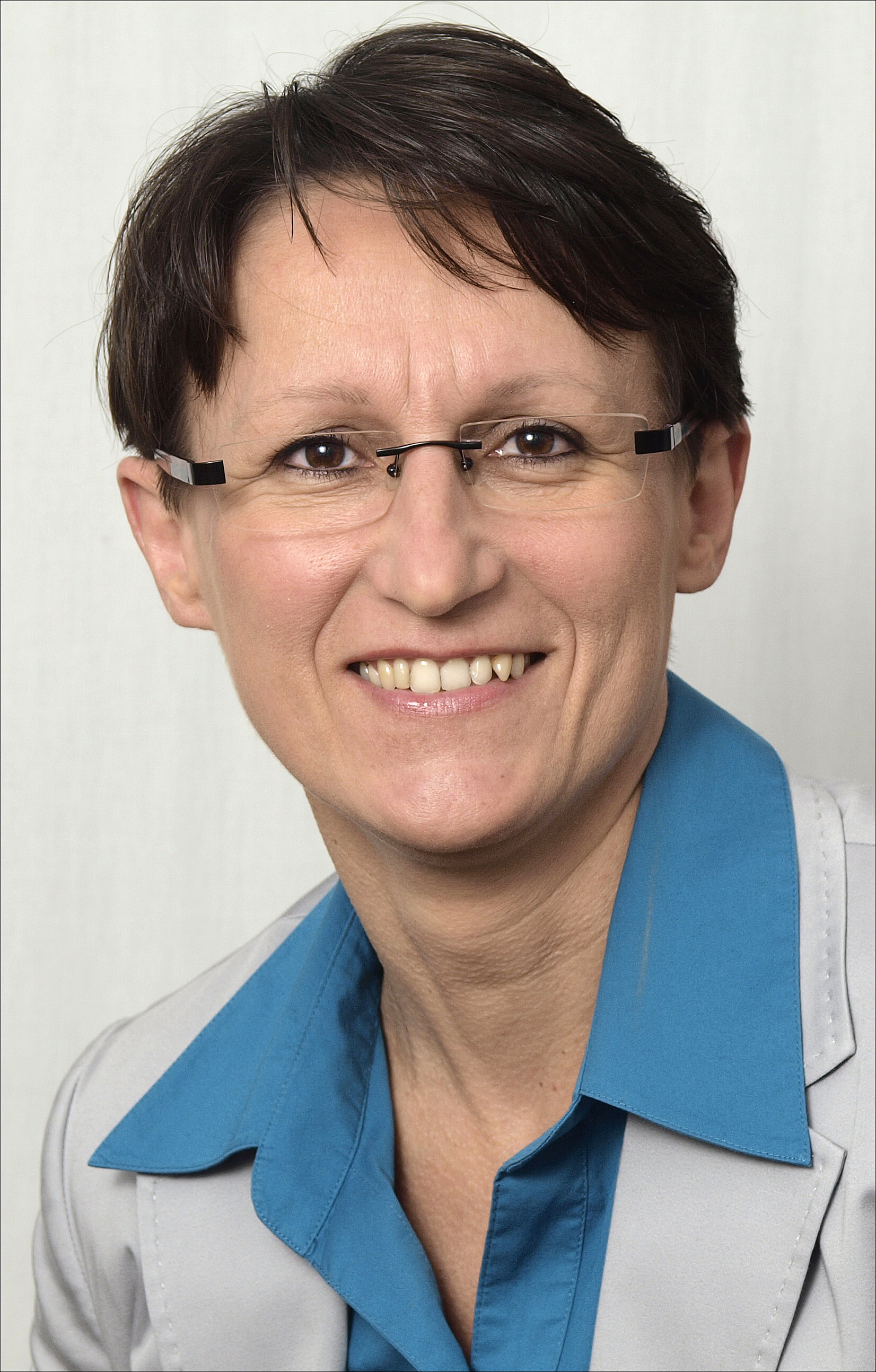 The International Young Physicists‘ Tournament (IYPT) is an outstanding physics event which we are happy to host in Germany this year. The DPG is delighted to be the patron of this year`s IYPT.

The tournament comprises the solution of challenging and complex scientific questions by the student participants. The problems posed sometimes bring even well-established scientists to ponder. The presentation and defense of the results in so called “Physics Fights” are then a further challenge. Typically, all attendees will demonstrate their impressive skills during the tournament. And that is enhanced by great enthusiasm for physics. Conversely, for you participation in the tournament also means gaining experience and acquiring skills that may be of great benefit to you in the future.

Therefore I would like to express my cordial thanks to the organizers of the IYPT. The IYPT helps to create excellently trained and motivated young people, who will be the key drivers of a knowledge-based society. By showing the excitement of physics and arousing curiosity we can hopefully interest graduating high school students to study physics at colleges and universities worldwide. And this choice of subject of study will pay off later, because with a physics degree, the prospects in the labor market remain promising and offer a wide range of job opportunities. By being here you have already demonstrated your talent for and interest in science in general and physics specifically. I can warmly recommend that you consider physics as a professional career path.

I wish all of you a successful tournament and that you may never lose your fascination for physics!

President of the German Physical Society 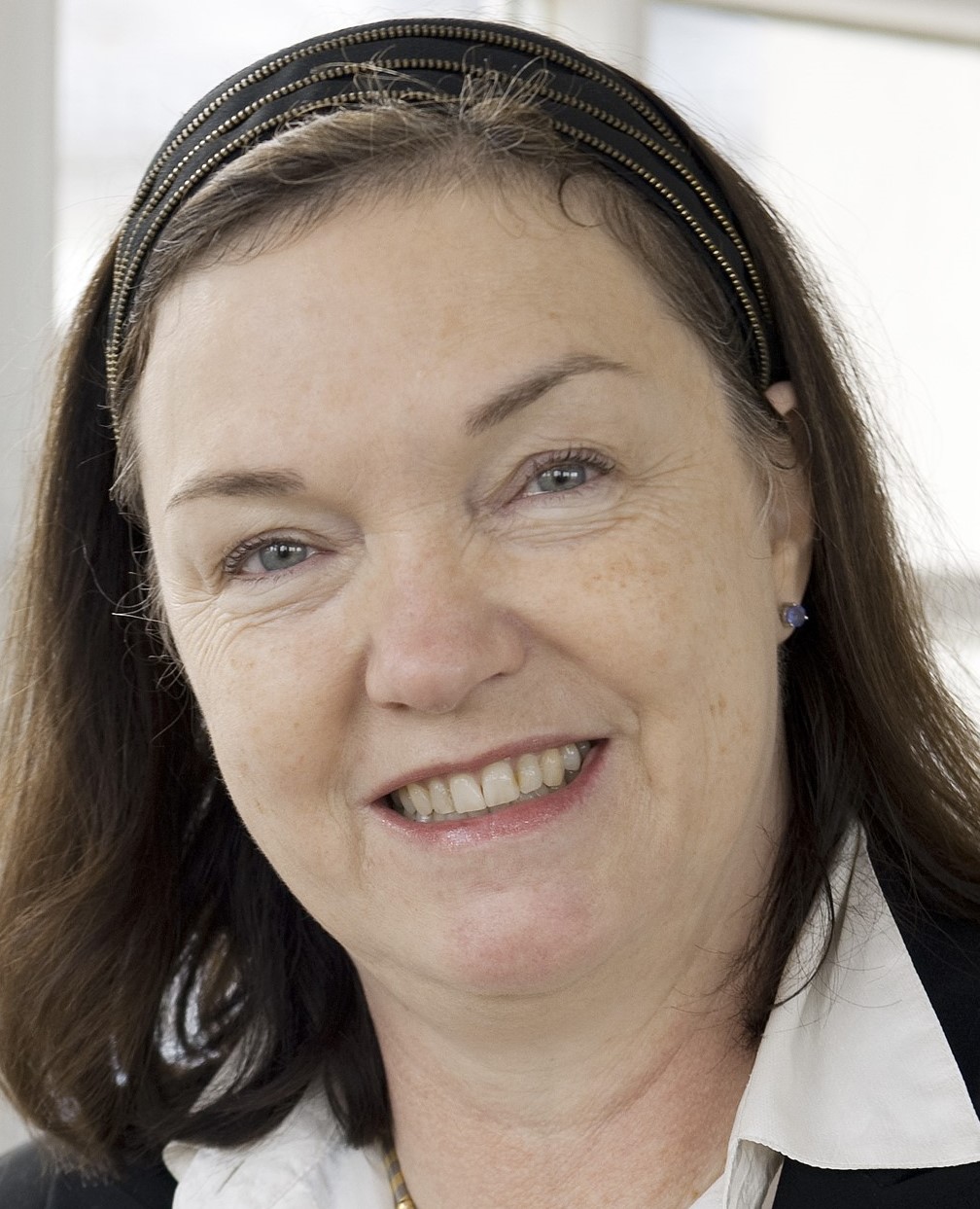